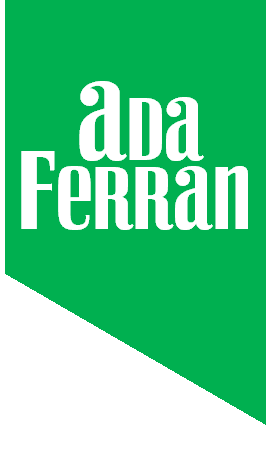 © All rights reserved
Back to top

This is my first personal character work on 2018, "Alaska", the  singer.
I wanted to do her because her songs put me on fire in those grey moments... you know... well, I'm better explain it in anoher moment:

The first thing of all is:

Collection of references! Look at videos, photographs, magazines, there is no problem because she is super famous. 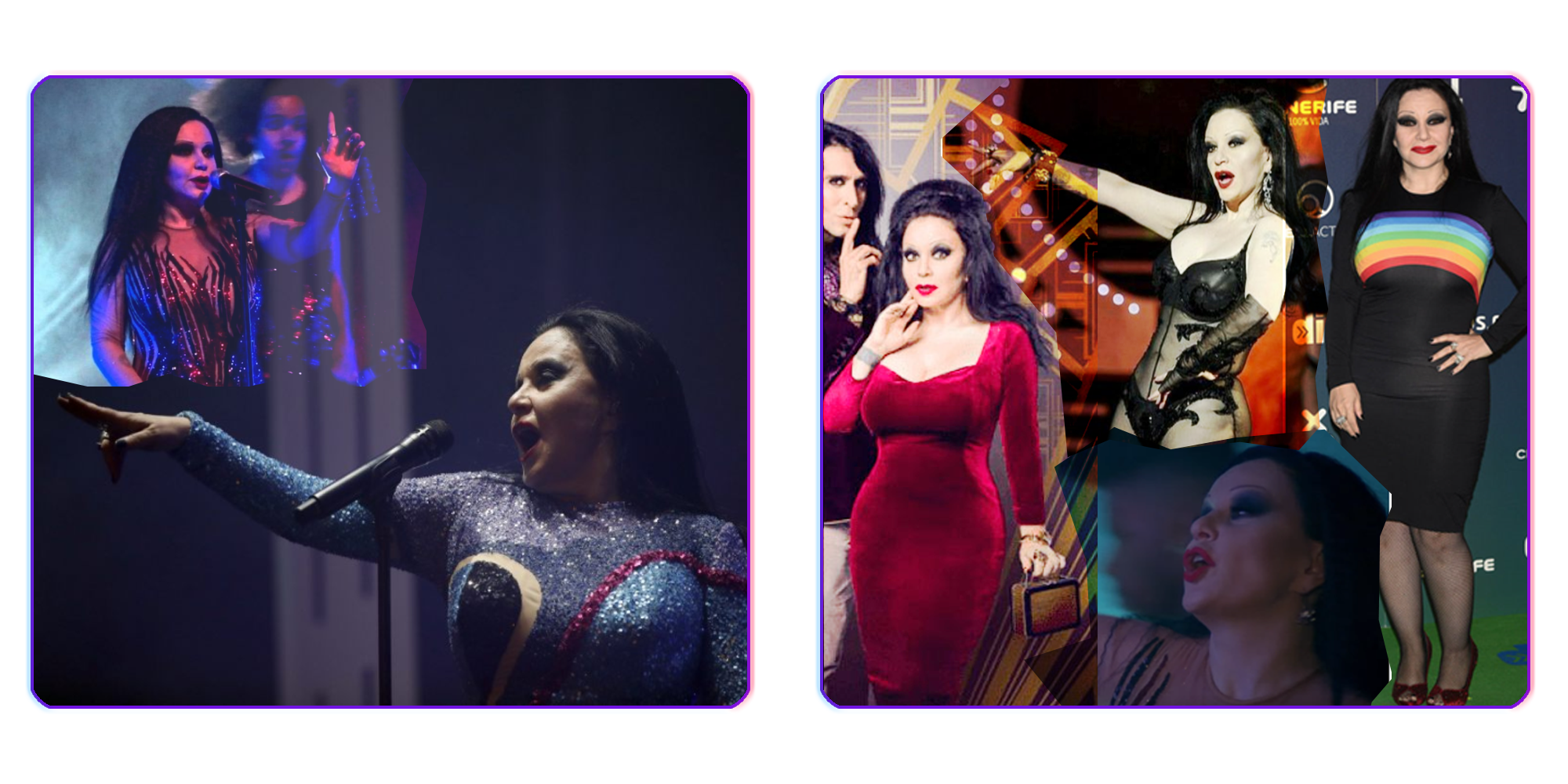 Here I'll show you briefly the tricky parts of the process since I started to model until posing.

I toke a body base mesh of my own but I deformed it into Zbrush to imitate the body shape of my reference. Since this is a very peculiar person i wanted to do it slightly cartoonish on proportions and attitude.

I started with the body alone on Zbrush, and Then I imported it to Marvelous as an avatar to design a dress that I thought that could fit with the character. I liked the red one on the photographs. The attitude of her at stage is clearly following a pattern.

The illumination is also important, and the makeup it has to be really exagerated.

Once I was satisfied with the High poly dress mesh on marvelous designer, I exported it to Zbrush again for more details, fitting with the body.

This mesh was not appropiate for animation as it is really high poly  and came separated in pieces! pieces are great for some volume clothing effects on Zbrush, but they're not friendly if you want to animate it as a whole piece. (Yes, I tried and the result was dress tearing in pieces every time I posed: raising the arm was a tunnel of refreshing air just where you wanted it on a sunny tropical day. 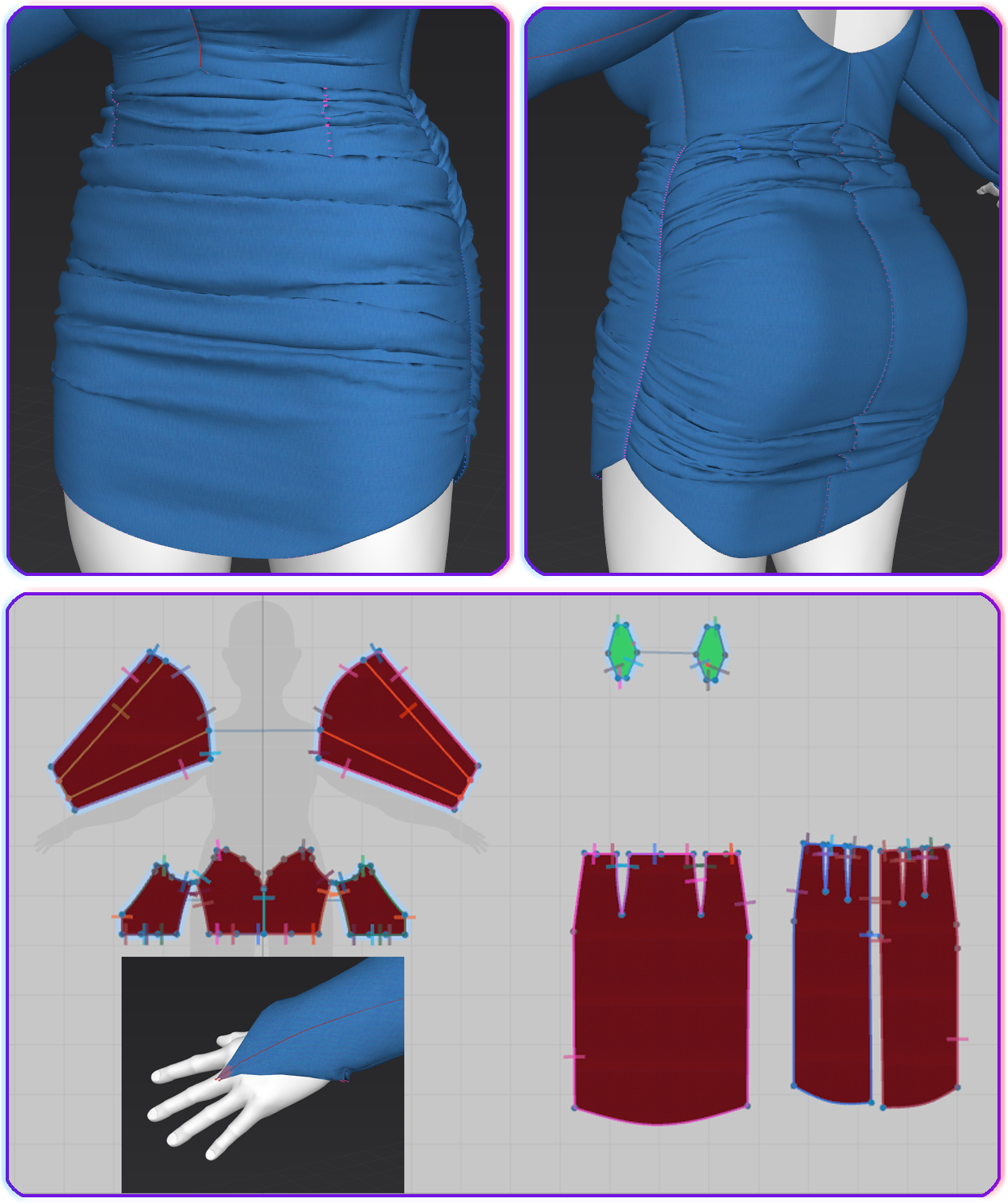 To solve this problem, I used an automatic retopo on Zbrush to make another Lower poly mesh, and then, project the normal maps, curve maps, Occlusion... This is great for painting.

The automatic Low Poly mesh worked pretty well for the rig part, but I think I'm not gonna repeat this procedure again because it's maybe quick, but not elegant. It would be great if I could animate the high poly mesh from Zbrush, calculating normal maps would't be necessary,

Said this, I could unwrap and paint a nice texture imitating velvet, and I also put in practice the new Principled BDSF nodes on cycles Blender, which is great! 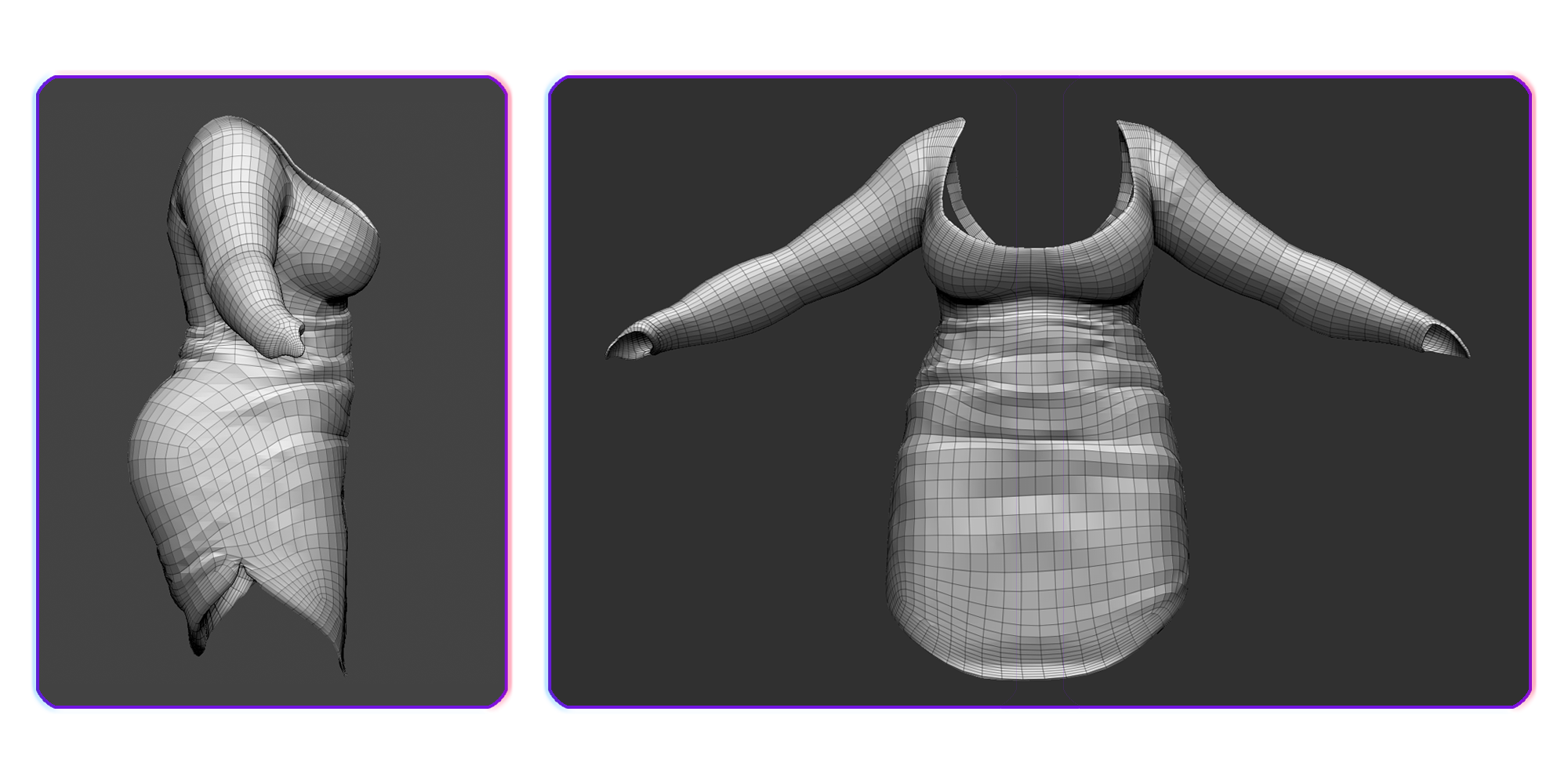 Here I show you a metallic effect on the shoes, with a texture Brush from Kyle Webster (you can buy on Gumroad, ok?) 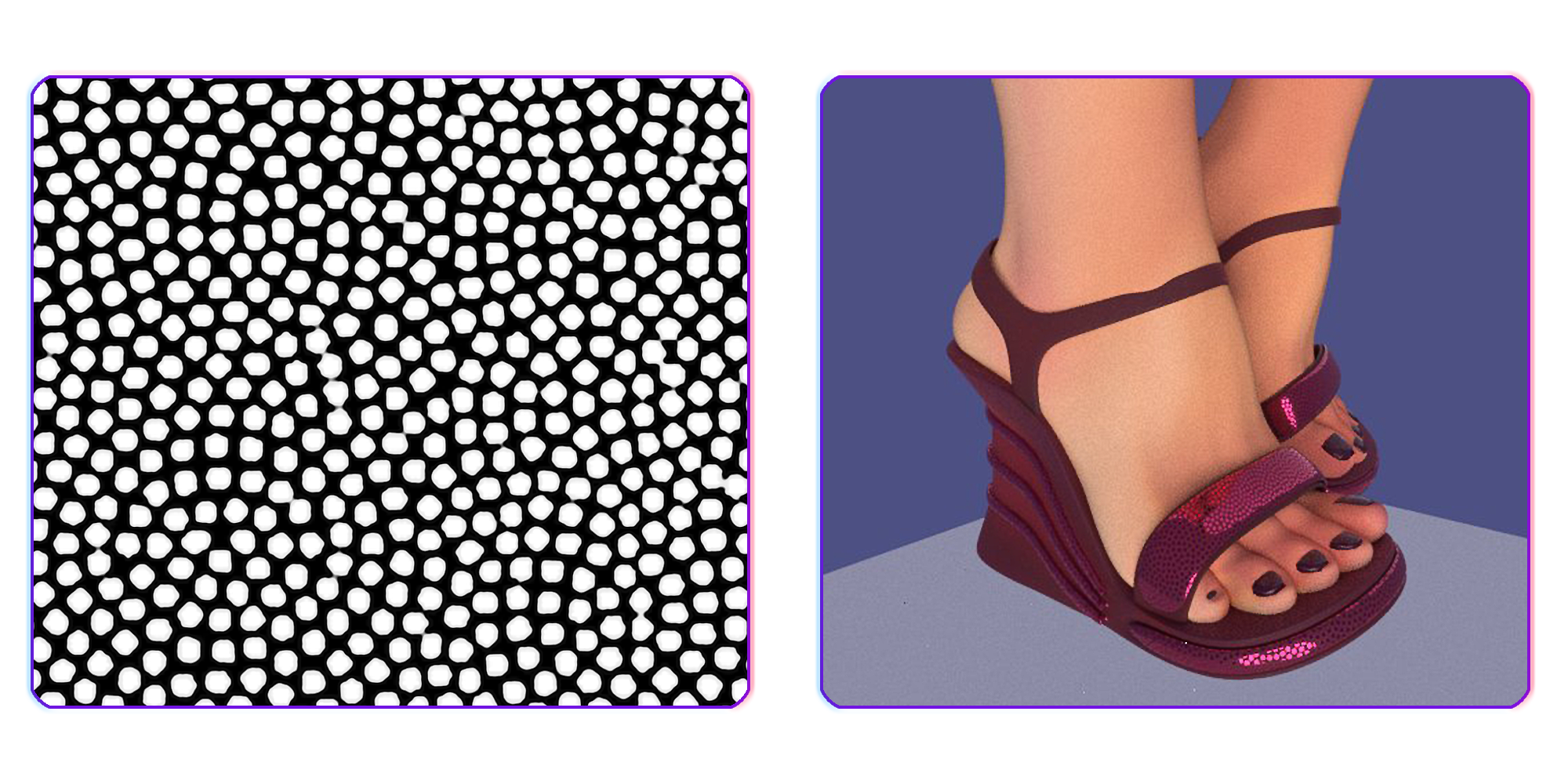 When the remeshing/retopo was done and the weight was calculated, I put in practice the particle hair design in Blender.
I used 4 different hair groups, and also used the clump curve to give the hair a fluffy aspect near the roots and a clumpy shape near the tips.

As you can see, I applied a force with the intention of simulating that hair once was moving along with the bones, but it was too time consuming for my computer due to huge amount of hairs, I suppose. then, I had to modify it after the posing.

Here on the next images I show you the bones used to do the rigging: I quit hair to see clearly the bones.
I used Inverse Kinematics on arms and legs, but also on each finger to give to the hand a natural position, I liked the result.

In the face i also used the jaw bone and a pair of bones for each eyelash and also another bone to move the ocular globe, but without putting the face full of bones I completed the face expression with blendshapes instead.

As You can see, i put a pair of bones on the boobs, but they brought me more problems than solutions at the weighting part. Maybe they were not necessary.
The bendy bones, for the other hand, helped me to deformate correctly the forearms and I believe the jaw too. 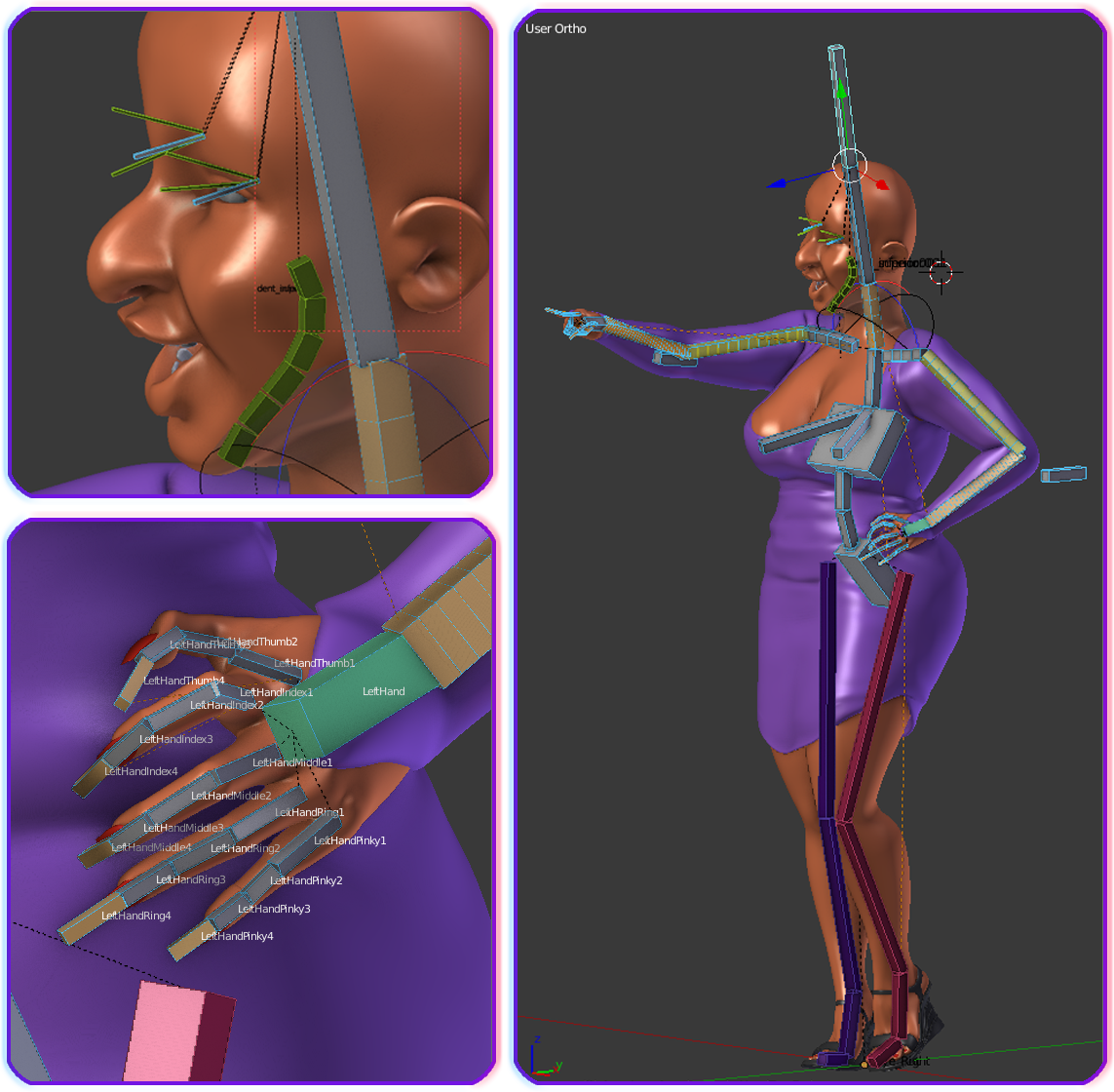 Finally the texturing part was mostly  handpainted in the body part, but "substanced" at the dress part. As I has a High poly dress and a low-poly one, I had a super useful curve map, Which is the key to do a velvet aspect. I mixed with some metallic noise and also mixed it with blender cycles old Velvet shader, playing with the results until I was satisfied with the light interaction with the material.

I used Principled BSDF shader on the rest of the materials, which is doing good job with PBR.

The whole scene has 10 spotlights and Is rendered vith the volumetrics applied.

for the final image I fully rendered 6 times at 5000px wide and with materials with SSS, volumetric lights, hair... It took me near 6-8h for each one.

I also took advantage of render layers and the camera properties like the focus distance.
some renders with focus distance, some others with light slightly moved up and down, all this to do final tricks in photoshop.

In the depht pass you can see the parts that were focused, (face, dress) and nearest camera parts were blurred.

"Bread for today, hunger for tomorrow."